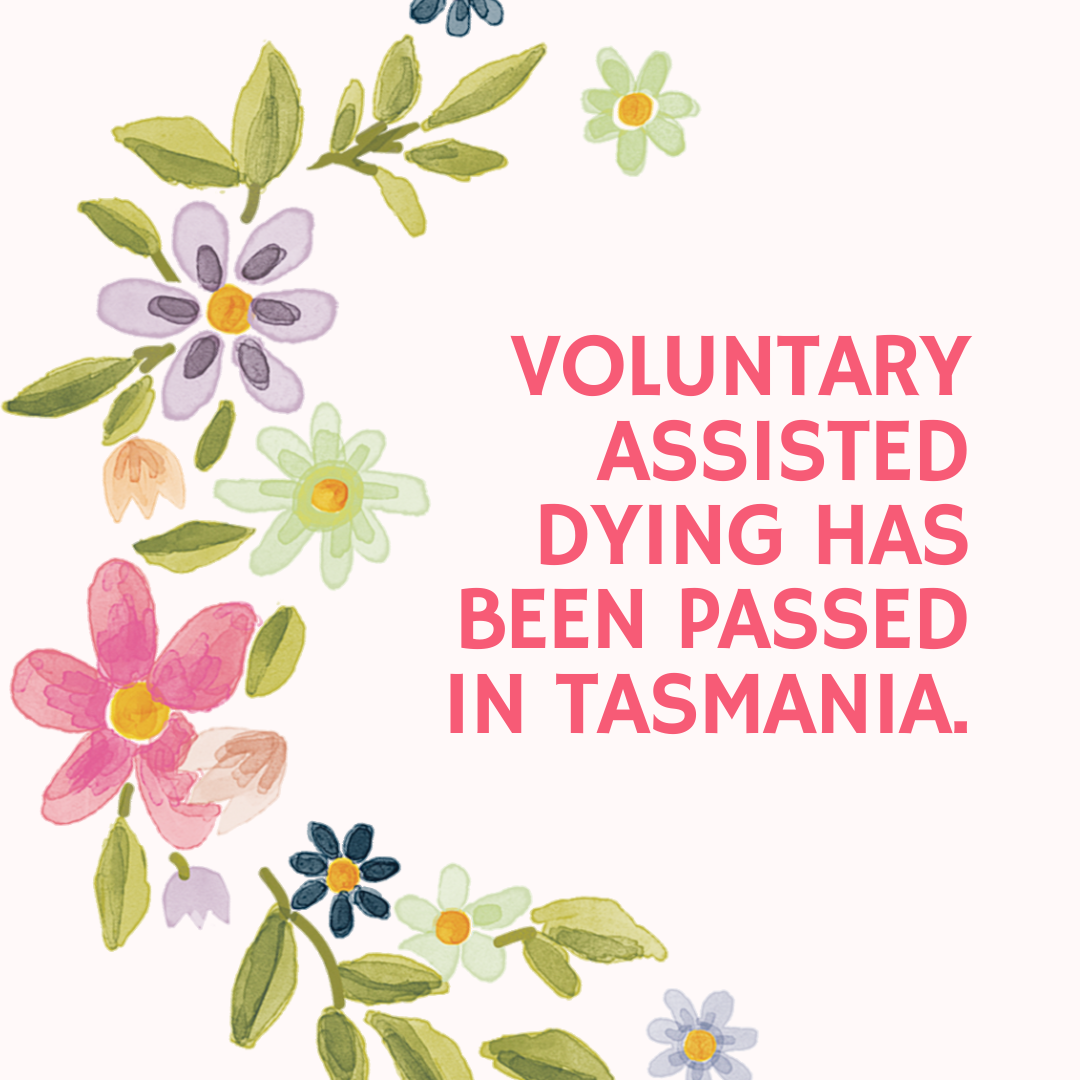 Mike Gaffney MLC's VAD Bill was successfully passed after tireless campaigning by himself and other MLCs, as well as Dying with Dignity Tasmania and Your Choice Tas.

The state will now enter an 18 month implementation period where a Commission of Voluntary Assisted Dying will be established to manage its progress and rollout across Tasmania.

The VAD scheme will be available to Tasmanians aged 18 or over, who are of sound mind and decision-making capability, and are suffering intolerably from an advanced and incurable illness that would result in death within six months (or 12 months for neurodegenerative conditions).

Only Australian citizens who have resided in Tasmania for three consecutive years, and for 12 months immediately prior to making their first of three VAD requests, will be able to access the scheme.

Read more about the implementation of Voluntary Assisted Dying in Tasmania.