The World Federation of Right to Die Societies held its 2022 General Assembly in Toronto, Canada on November 3.

You can view the entire minutes here. 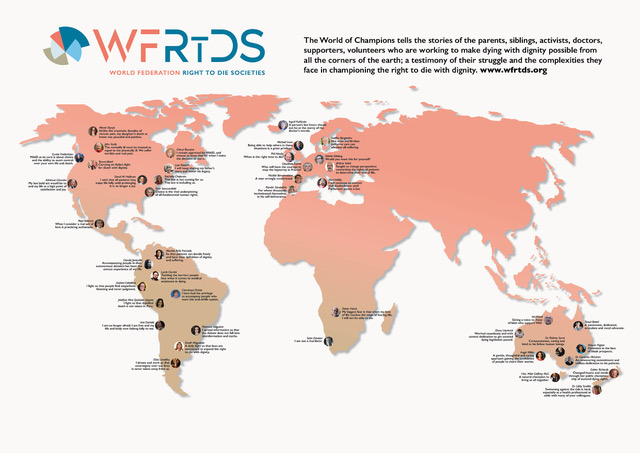 There are many forces that differentiate us in the world: politics, religion, beliefs to name only a few. One thing that unites us is the desire to die with dignity. Asunción Alvarez, president of the World Federation of Right to Die Societies said, “Around the globe, many people fight to make a death with dignity possible for themselves and those they love. It is these people that we would like to put in the spotlight for World Right to Die Day 2022; the Champions, who through their support, activism, fighting, writing, willpower, vision and strength, are advocating to make right to die legislation possible all over the world.”

Rob Jonquière, Executive Director said, “The World of Champions tells the stories of the parents, siblings, activists, doctors, supporters and volunteers who are working to make dying with dignity possible from all the corners of the earth. It is a testimony of their struggle and the complexities they face in championing the right to die with dignity. In some areas, the map is empty, and while there are certainly Champions in each of these countries, their efforts are shrouded in silence without right to die societies to support their cause and tell their story. We hope that they will join us in time.”

The Legality of Voluntary Assisted Dying 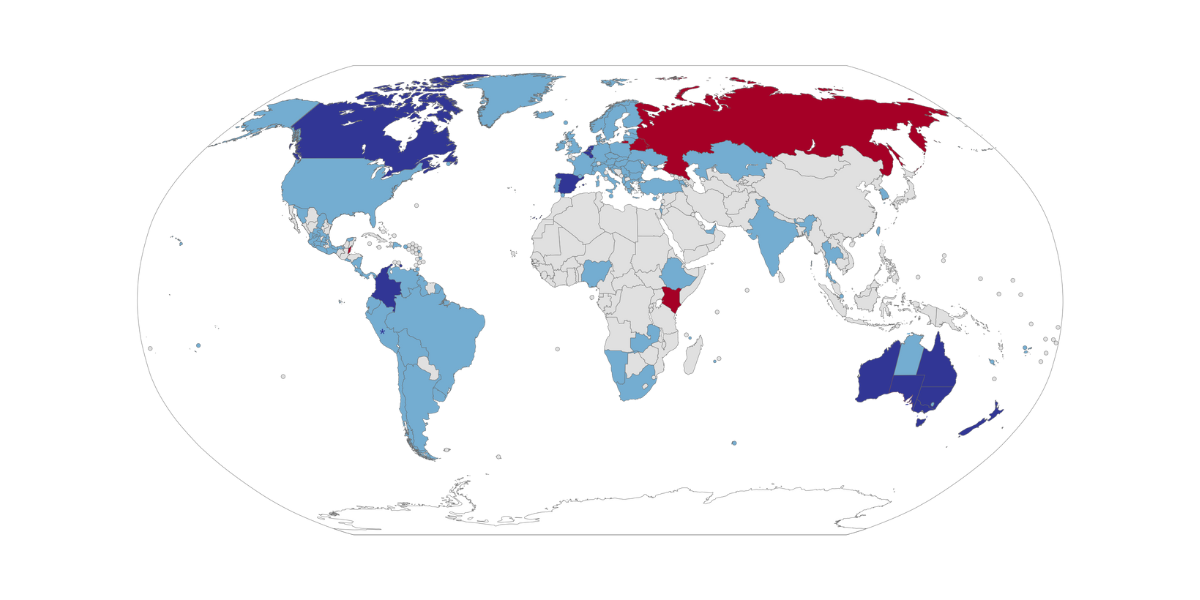 The legality of Voluntary Assisted Dying varies depending on the country. This Wikipedia article provides a general breakdown on a jurisdictional basis.

Research shows that US patients of VAD are mostly white, middle class and suffering from cancer

Medical Blog Science 20 reports research which shows that in the US those who die under the MAiD scheme are mostly white, middle class and suffering from cancer – results similar to those elsewhere.

The New Zealand Herald analyses the recently released VAD stats and concludes that there have been no abuses.

The NZ Department of Health publishes stats on the first seven months of the operation of the NZ assisted dying regime.

Doctors and VAD: the factors that influence practitioners' decisions to participate

A very interesting article from Canada but published in The Conversation about the factors that influence practitioners’ decisions about whether to participate in the MAiD/VAD process.

Voluntary Assisted Dying and the law in UK

The Guardian follows up the Graham Mansfield story with an examination of the current law in the UK with respect to assisted dying.

The Leicester Mercury runs a story about the number of assisted suicides that have occurred in Leicestershire in the absence of a VAD law.

Irish Special Committee to deliberate on VAD in October

The Journal reports that the special Oireachtas Committee setup to examine the Irish VAD bill will begin deliberations in October.