After a stressful couple of weeks, most of the Upper House MPs have made their speeches on the NSW Voluntary Assisted Dying (VAD) Bill.

It is clear that a small majority of them will support the Bill. Of 42 MPs we are confident that 24 believe that terminally ill people should have a choice at the end of their lives.

There are still some MPs yet to speak, but the positions of those who have given speeches is attached at the end of this message.

This is a big relief and we are very pleased, but there are a number of hurdles yet to clear. A "second reading" vote is required and then the Bill will move to the "committee stage" where opponents will seek to amend the Bill in ways which would make VAD more difficult to access under the guise of making it "safer". We saw this happen in the Lower House and expect the opponents in the Upper House to employ the same tactics.

The Parliament doesn't sit again until 11 May but we will be making careful plans to make sure we are well prepared.

You might have seen our 'They Died Waiting' campaign with full page ads in the major newspapers and demonstrations outside Parliament House. Hundreds of our supporters braved the elements to show our elected representatives the faces of just some of the many people who have died with terrible suffering while waiting for VAD laws to be passed in NSW.

We heard some incredibly moving and beautiful speeches from MPs who support the Bill - many have had their own experience of the death of a loved one. Others have been profoundly moved by the many stories sent to them by our supporters and the testimony given at the recent Parliamentary Inquiry.

We are so grateful for their support but we could not have reached this point without your incredible efforts - your persistence in contacting MPs, your generous donations, letters to newspapers, organising community stalls and so much more.

We are feeling hopeful but not complacent - we've learned that NSW Parliament is a very unpredictable place.

We'll be in touch in a few weeks to let you know our plans for the next (and hopefully final) stage of our campaign. In the meantime, we hope you all remain safe and dry and out of Covid's way. And we send our very best wishes to our huge number of supporters in the Northern Rivers and mid-North Coast. This has been a devastating time and we are all thinking of you. 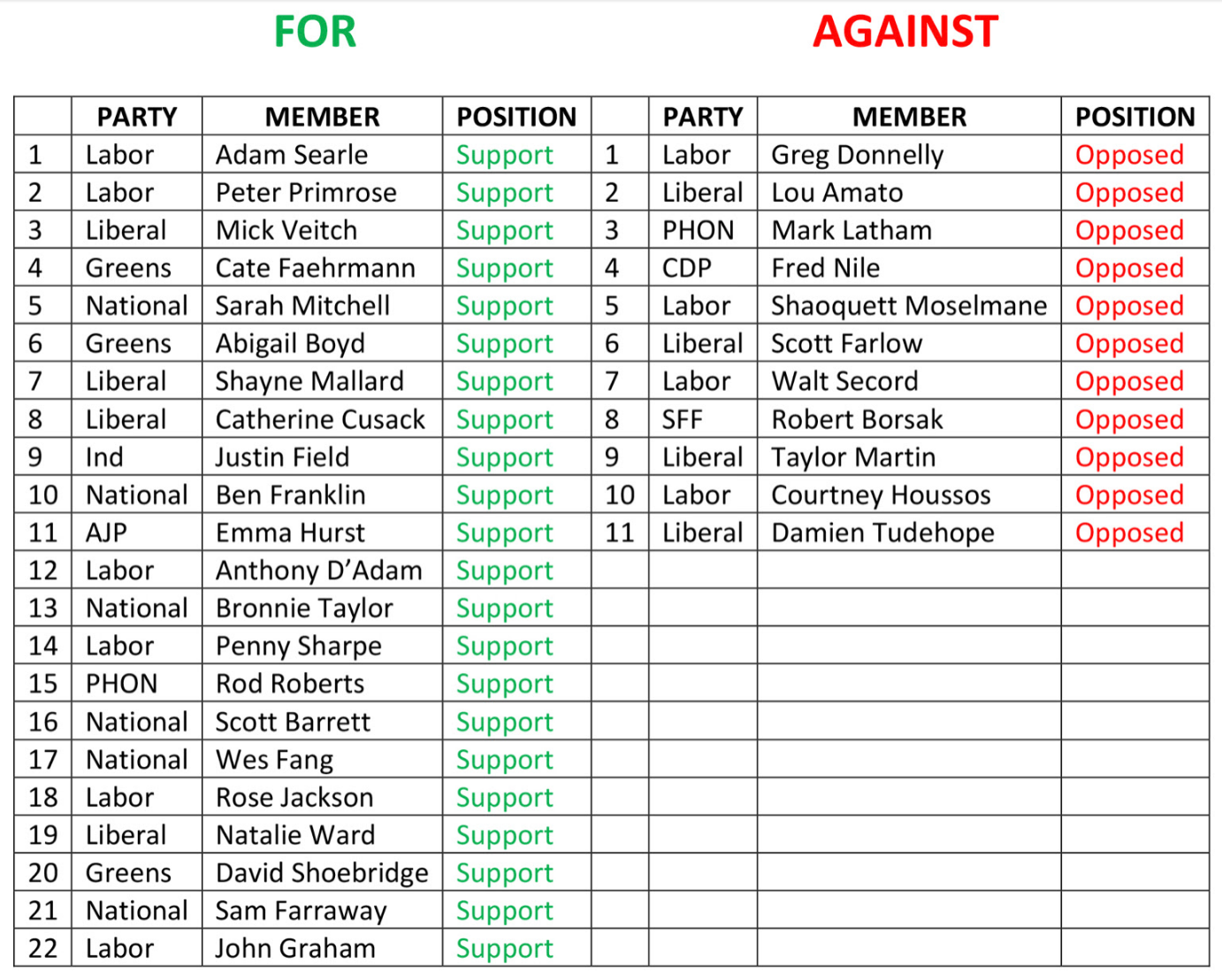